I Believe this belongs on my Blog. 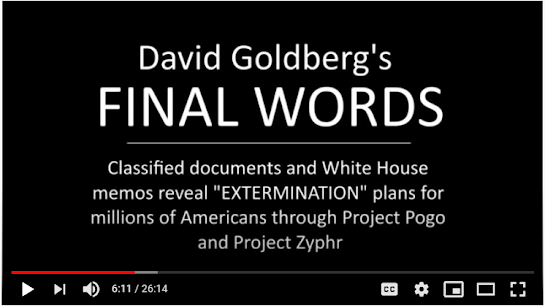 I believe that Stormfront.org is one of the shill channels that David Goldberg mentions.  It appears to be legitimate on the surface to give it credibility with its membership but as I and others have seen, Stormfront is a controlled opposition site that is full of shills of every kind.  There are good people in the membership but there are also many bad people, and the moderators and Administrators of the web site are censoring, account deleting snakes who are not interested in truth. For example, I am forbidden to say some things there and I am ridiculed for what I say about other things.  This is not a real truth oriented web site obviously.  Its more like a honey trap to identify who is against Jews and Israel and Zionism.

Tag, Track and ID (TTID):  To be further researched. I understand the concept, which is that they want to identify people who are against Israel and Jews and Zionism and web sites such as StormFront are a perfect platform for TTID. In fact, Stormfront is the only web site I know of that allows open criticism of Israel and Jews and Zionism.  I caught onto that some time ago and wondered why they were allowing this on Stormfront but nowhere else and this explains it. But for what purpose do they want to identify the enemies of Jews and Israel and Zionism?  To take retribution against them? According to David Goldberg, yes.

One of the most interesting revelations from the documents Goldberg is reading from that is very relevant to what is happening today is the claim that Donald Trump is supposed to announce himself as King of Israel in a New World Order Government that has its capital in Jerusalem. That may sound absurd at first glance but let us consider a few things:

1. Donald Trump unilaterally gave Jerusalem and the Golan Heights to Israel during his term.

2. Donald Trump is the most pro Israel President the USA has ever seen.

3. Donald Trump has not conceded losing the 2020 election.

4. Even though Biden/Harris are the supposed winners, I get the feeling that something is going to happen between now and January 20th that is going to completely change the dynamic so that it no longer matters.

5. Remember that claim by Michael Moore when he said that Donald Trump would be the last President of the United States?  Of course I dismissed it as ludicrous when I first heard but now it does not seem so ludicrous as I envision a possible scenario that could make that prediction true.

6. Remember Trump saying \”It\’s been my pleasure to have been your President.\”?  Yes, he said that as if he was no longer President in reality and he knew it.  Who talks like that?

I am not saying that what David Goldberg says is true but it certainly sounds true.  We shall see. Is Donald Trump just going to lie down and accept election defeat or are they about to change the whole game on us all?  Time will tell.  In any case, this has my interest because it fits with a lot of things I have previously noticed but could not make sense of in terms of understanding their meaning.  If this is the real meaning, and I say if because I am not convinced but I am certainly looking, then I want to know about it as soon as possible.

It would explain this: 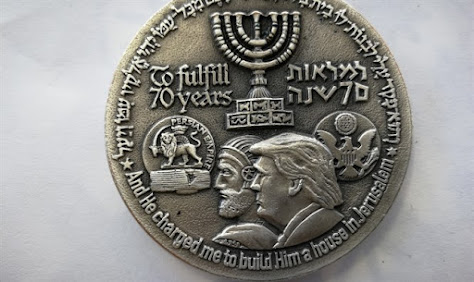 The thought that this could be disinformation has already crossed my mind but I cannot yet say that it is or is not disinformation.  I cannot afford to simply dismiss it as disinformation and move on without delving into it deeper to find out what is fact and what is fiction.  I will get to the bottom of it.

David Goldberg is a Jew who is (or was if he is truly dead) the husband of Facebook COO Sheryl Sandberg.  That right there raises a huge red flag about the legitimacy of anything coming from him.  Facebook is enemy territory and someone married into that is automatically under a cloud of suspicion.  But my focus is on the message and not the messenger.  Forgetting about the messenger and his suspicious identity, I am just going to look at the message he supposedly delivered to determine if it is truthful or just bullshit disinfo.

Here is another link to go deeper down this particular rabbit hole to see where it leads:

I find it particularly significant where he talks about the Blackouts across America and that they may be blamed on Iran.  That hits home with me as being a very real possibility.  It will be approximately two months from today that Trump is still POTUS.  What can happen in two months?  A lot.  When I think about Trump suddenly replacing Pentagon officials with loyalists immediately after his election loss, it raised a red flag that he was going to use the U.S. military for something while he was still POTUS and he replaced anyone who he thought would give him flak over it.  There has been recent talk about cyber attacks and attacks on the power grid that would cause the type of Blackouts discussed by the Goldberg identity.  Whether that identity is a real person or not, I am looking at the message and seeing if it could be true in some aspects.  Goldberg predicted these things would be happening in Winter of 2020 or 2021 which is where we are entering.  So it is something for all of us to watch.

Also very interesting is where he talks about viruses being used to eliminate people.  He said these things before the Corona virus Psyop even started.  What do I think about that?  I think of the possibility of the Corona fake virus Psyop being used as a cover to deliver a real virus that is fatal to specific targets and to blame the deaths on Corona virus.  Just think about that.  What better disguise for assassination by biological means could there be than an environment where everyone already believes there is a deadly virus floating around?  Who would know the difference between a death by a real virus that was administered by some clandestine way and the existing Corona fake virus?  That would be a very evil thing to do but I would put nothing past them.

One more thing:  What cover story could be created to explain fifteen million people being taken out of society?  The fake Rapture?  It makes me wonder.