Trump did not get reelected and I cannot say that I am unhappy about this.  Not that I am for Biden by any means but I am so dissatisfied with Trump\’s Presidency that I do not want to see this man be rewarded with four more years in the White House that he clearly does not deserve.  As a former Trump supporter in 2016 I just want to say that Trump had a tremendous opportunity to make some real changes to America that I and many others who previously supported him fervently hoped that he would do.  But instead of change, all we got was more of the same with a different face.  I watched Trump closely for more than two years hoping that he would please me, and I was disappointed by everything he did.

Remember MAGA?  Make America Great Again.  I and many others supported Trump in 2016 based upon this.  We really believed it and we expected Trump to make it a reality when he got elected.  Unfortunately Donald Trump clearly did not believe in MAGA beyond a cheap campaign slogan to help himself get elected.  Make America Great again had no more validity to Trump than Hope and Change had to Obama.  Once Trump got an office the MAGA hat got ditched for a Jewish Yamaka except during his campaign rallies to keep the rubes believing in him.

Remember Drain the Swamp?  That was another big thing that Trump and his QAnon Psyop pushed everywhere during the 2016 election and this was another reason we supported Trump.  But after he got elected we were shocked to see that Trump filled his Administration with the swamp, a total betrayal of everything he misrepresented himself to be during the election.  He is a fraud.

Unfortunately Trump was too busy sucking Israel\’s dick to ever stand up and do the right thing for the American people as I and others like me so fervently wanted him to do.  Instead what we got was a fast talking egoistic con artist who knows very well how to talk the talk but his actual actions as President NEVER lived up to his words.

You cannot fool me with a lot of cheap talk, Mr. Trump.  Actions speak much louder than words and what your actions showed me is that you as President are nothing but a fast talking con artist serving the Jews and making yourself look good.  Its all about you when it should be about the American people. Its too bad you were never what you portrayed yourself to be. Don the con is a fitting name for you but you cannot con me. When I saw you not fighting the Convid 19 scam that was the final straw for me.  I know who you are and you are not my friend so you lost all my support that you once had.  Now you can go back to playing golf everyday and hanging out with your rich Elitist Jewish friends.  Bye bye.

And hopefully the end of Trump will also mean the end of the lying QAnon Psyop.  I trusted Q initially only to discover it was lying about virtually everything.  Remember Trust the Plan?  Nobody could ever tell me what the plan was although I asked.  Finally I found out there was no plan except to keep a lying Jewish con artist in office as long as possible.  Blowing smoke up Trump supporters\’ asses is what QAnon did best.  I will be glad to see the end of both Trump and QAnon. False prophets. 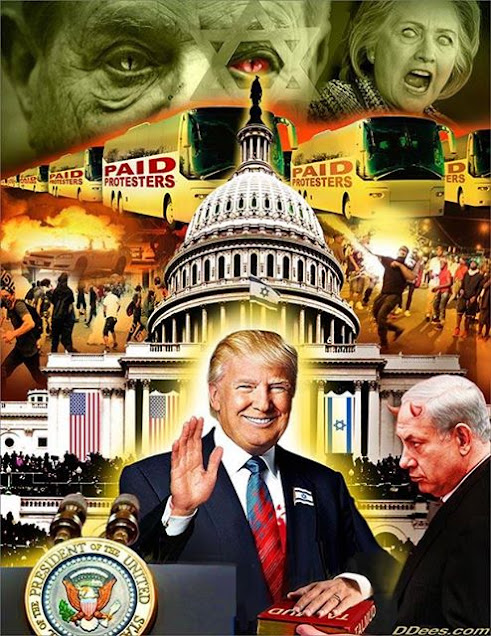