Exoteric vs Esoteric and Freemasonry:

In the previous post I explained the concept of Exoteric vs. Esoteric.  In this post, I want to apply that concept to Freemasonry.

The most common symbol of Freemasonry is the letter \”G\” surrounded by a compass: 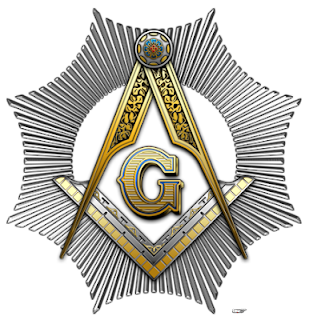 What does the letter \”G\” stand for?

The Exoteric Explanation is that the letter \”G\”stands for God or \”Great Architect\”.  The Esoteric Explanation is that letter \”G\”stands for Gaonim, which concerns the Jewish Babylonian Talmud.  I hate to quote Wikipedia about anything but in this case I will since they seem to want to tell the truth in this case.  https://en.wikipedia.org/wiki/Geonim  Remember in my post on Freemasonry when I said that Freemasonry was Jewish at its core?  This is what I was talking about.
A good link about Gaonim discussing topics that Wikipedia will never mention:  https://www.truthcontrol.com/gaonim