According to Nancy Krebs, Fleet White Sr. was photographed with a man named W.T. Ray at his annual New Year\’s day party held in Aspen, Colorado and this photograph was sent to her by Fleet White Sr.after the event.  In the photograph W.T. Ray was referred to as \”the Cement Czar\”.  In this post I am going to talk about W.T. Ray and what I can find out about him.

In this 2004 article it describes W.T. Ray as a person of refined taste from Aspen, Colorado. https://www.aspentimes.com/news/fishhouse-punch/ 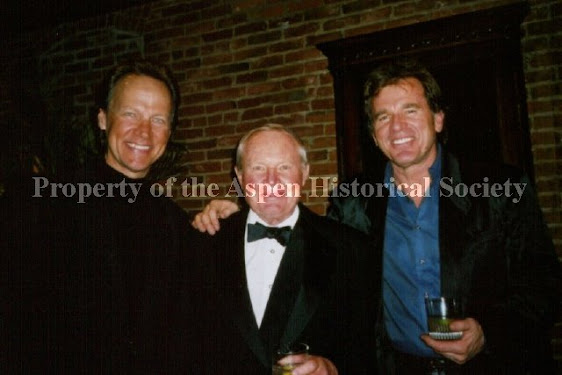 In the following link, W.T. Ray is said to be the President and co-owner of Builders Supply Company of Cookeville, Tennessee. https://bizstanding.com/p/builders+supply+company+of+cookeville-180514220

According to another online article, W.T. Ray was a director of the Bank of Putnam County located in Cookeville, TN.

So I got a new lead on W.T. Ray. There are actually a father and a son named W.T. Ray.  W.T. Ray Sr lived and died earlier.  His son by the same name is W.T. Ray Jr. and this is the man known as the \”cement czar\” who Fleet White Sr. was photographed with during his Aspen New Year\’s Eve party held at the very end of 1999. His address was in Montery, Tennesee as of 2015. He was a shareholder in BPC Corporation of Cookeville, Tennessee in 2015. https://www.frbatlanta.org/-/media/documents/FRY6Docs/2015/BPC_CORP_1081613_2015.pdf

W.T. Ray Jr. is an alumni of the Culver Military Academy Class of 1952. http://www.culvergrads.com/base/alumni/alumni.aspx?id=2149&cid=tjelo2lw

Ding! Ding! Ding! Ding!  I have been looking for an association between W.T. Ray and cement and finally I have found one in this 2014 link. His home is in Monterey, Tennessee where he has been and continues to be in the building construction supply business for years. A cement plant is keeping him busy.  https://alumni.culver.org/document.doc?id=660  What is the name of his cement plant?

So the rabbit hole just keeps getting deeper.  As I was researching to find more information about W.T. Ray, Jr. I found out something significant about his father, W.T. Ray. Sr.  According to the following document, W.T. Ray Sr. was the President of Meadow Creek Coal Company, Inc, which was a Tennessee Corporation.  So W.T. Ray Jr. was the son of a wealthy influential father in Tennessee.  Fleet White Sr. does not just hang around with anyone. https://casetext.com/case/united-mine-wkrs-of-am-v-meadow-creek-coal
1981 Obituary for W.T. Ray Sr.  He was a retired banker and businessman who died in Cookeville, TN. Ray was a member of a pioneer family of Putnam County and the retired Chairman of the Board of the Bank of Putnam County. He was a former member of the University of Tennessee Development Association Board and was active in civic affairs. Ray owned and operated a coal mining company in Putnam County for many years.
https://www.newspapers.com/clip/48036629/obituary-for-wt-ray-aged-78/
More to come.