It is time to start doing a deep dive into Fleet Russell White Jr just as I am doing the deep dive on his father.  In this post I will be doing that.  Just as in the case of Fleet Russell White Sr., I will list these entries about Fleet White Jr. in chronological order because I believe that helps to paint the best picture of him.

Late October, 1979: Priscilla Brown Johnson and Fleet Russell White Jr. of Newport Beach are married in Pasadena\’s Valley Hunt Club. A graduate of the University of New Mexico, where she was affiliated with Pi Beta Phi, the bride is the daughter of Mr. and Mrs. Albert Allen Brown Jr. of San Marino.  Her father is chairman of the board of Century Financial Corp. and immediate past president of the USC Alumni Assn.  Fleet White Jr. is with Fleet Oil Company, of which is father is President.  In attendance at the wedding are Fleet White Sr. and Nyla White and his sister Lani White. Following a honeymoon in Aspen, Colo., and a ski trip to Zermatt, Switzerland, the newlyweds will live in Laguna Niguel. https://www.newspapers.com/clip/31967869/the-los-angeles-times/

Valley Hunt Club in Pasadena, CA where Fleet and Priscilla were married: 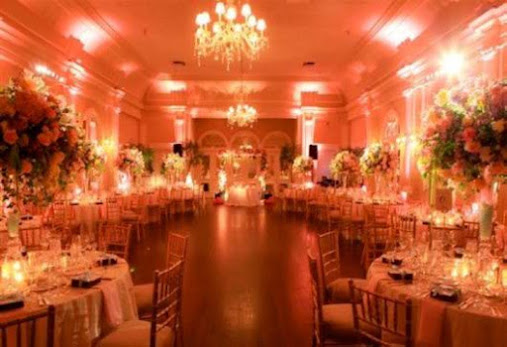 Note:  What jumps out at me is the huge contrast between this and the story told by John Ramsey in his book that he met Fleet White Jr. and Priscilla White while they were living in a small rental house in Boulder, Colorado.  There is something hugely wrong with the story told by both John Ramsey and Fleet White Jr. after the death of JonBenet Ramsey.  Fleet White Jr. went from the wealthy son of an oilman living by the sea in Southern California in the 1980\’s to a nobody living in a small rental house in Boulder, CO. in 1994.  This does not compute.

Mid 1980\’s: The last time Nancy Krebs saw Fleet White Jr. in person at her Aunt and Uncle\’s house in Bakersfield, CA when they were both visiting there.  Her Uncle was Clifford D. Cristoff AKA \”Chris\”, who was a good friend of Fleet White Jr.  Her aunt was Chris\’ wife named Betty.  This may have been before Chris became Deputy Sheriff of Kern County, California.

Unknown Date in early 1990\’s: Fleet White Jr., Priscilla White and their children move from Southern California to Colorado.I question why they moved to Colorado from Southern California.  I contend that the reason for their relocation to Boulder Colorado involved Fleet Oil Company and that Fleet Oil Company was making a major new expansion into Colorado that was based in Boulder.  I contend that Fleet White Jr. moved to Boulder to oversee and manage this expansion of his father\’s Company from California into the new territory of Colorado.

Christmas Day, 1996:  It is my contention that Fleet White Jr. accidentally killed JonBenet Ramsey during a sex party held at the home of his parents in Boulder, Colorado.