Denver Post, title unknown by Dawn Denzer, 1997/01/12: \”Aspen is ever-so-social during the holidays, but on the whole, the glitter has left the gulch. The tinsel town in the timbers is no longer a boom town for bimbos, as was once suggested. The annual Fish House Punch Party at the Ritz-Carlton Hotel had been legendary for the underage and underfed starlets who arrived in droves to meet members of the rich and hoping-to-be-famous set. But that wasn\’t the scene Dec. 29, my little alpine rose. The silicone has been traded for Wonderbras; the 5-inch stiletto heels have bitten the dust, replaced by sensible shoes. Among the permanent party-goers dining and dancing to the music of Walt Smith and the Summit Ridge Jazz Band were Bronson and Diana Rumsey; Dick and Kathy Moore; Butch Edgar and Michelle Rambour; Lisa Halperin, with former Denverite John Handorf; catalog king Ted Spiegel and wife Audrey; Pulitzer Prize-winning cartoonist Mike Peters and wife Marian; Jack and Mary Cronin; Marsha and Bill Jobe; W.T. and Fran Ray; Nancy Harris; Dan Rumsey; Mitzi Jobe; and dynamic duo Bob McNamara and Phyllis Coors, making a surprise visit. International socialites Fleet and Nyla White came with their daughter, Lani. The Whites live in Aspen\’s famed “Christmas House, an adorable little chalet and guest haus nestled in the center of town. They hosted their 20th annual New Year\’s Eve bash for about 125 of their nearest and dearest.\”

The first thing from this article that jumps out at me is that Fleet White Sr and his wife Nyla are described as International Socialites.  This description exactly fits them according to my explanation about the real circumstances of the JonBenet Ramsey murder.  Although nobody in all the press coverage about the JBR murder said a word about Fleet White Sr., he was a big wig.  It is strangely conspicuous to say the least that of all the press coverage NOBODY made any mention of this fact.  In fact, nobody said one word about Fleet White Sr.  There was ZERO press coverage about this man.  Think about why that would be.

Also I note from this article that it talks about the Chalet the White\’s purchased in Aspen in 1964. Here is the house and an article about it: 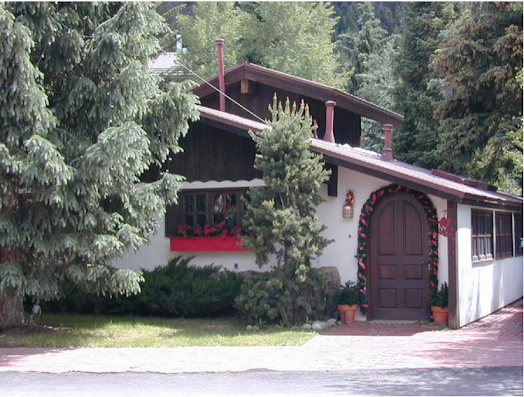 The third item of interest in this article is that the White\’s like to host big parties. They hosted a big party for 125 people in their Chalet on New Years 1997, very shortly after the JBR murder.  I contend that Fleet and Nyla also hosted a big party at a home in Boulder CO on Christmas day 1996.  I contend that this was not hosted at the small house of Fleet White Jr. as the official story claims but was instead hosted at a big property in Boulder Co owned by Fleet White Sr that has been kept secret from everyone. I contend that the real crime scene is in this home, not the Ramsey home where a fake crime scene was hastily staged after the death of JBR.