A Word about the last six seconds of the 911 call:

For those who do not know about it, on the morning of 12-26-1996, Patsy Ramsey made a call to the 911 Dispatcher at the Boulder Police Department saying her daughter was missing and that she needed help.  She then thought she hung up the phone but for some reason the call did not disconnect.  It continued for approximately six seconds after Patsy thought she hung up the phone.  What was heard by the 911 Dispatcher during those six seconds is very important.

The name of the 911 Dispatcher on that call was a woman named Kimberly Archuleta: 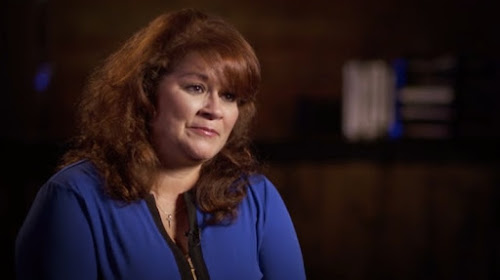 This woman is under a Judge imposed Gag order and not allowed the speak about the case because she heard something during the call that exposes people outside the Ramsey family but she is not allowed to reveal it because of the cover up.

Archuleta alleged that Patsy initially sounded hysterical, but her tone of voice reportedly shifted to one that sounded more rigid and calm once she thought she\’d hung up the phone. Though the phone call was only six seconds long, Archuleta said Patsy allegedly sounded like she was discussing what to do now that they\’d called the police and that it bothered her \”immensely\”.  It sounded like she said, \’OK we’ve called the police, now what?\’, and that disturbed me. So I remained on the phone trying to hear what was being said. It sounded like there were two other voices in the room, maybe three different ones. I had a bad feeling about this. To me it seemed rehearsed.

This testimony of the 911 dispatcher exposes the official story to be a lie. Remember, in the official story that we are all meant to believe and accept without question, nobody else outside the family was called over to the house by Patsy until AFTER she had made this 911 call. But what the dispatcher says here is that there were people in the house who were not Ramseys DURING the 911 call.  So some of those people that Patsy allegedly called (Fleet and Priscilla White, John Ferni and his Wife, Beuf, Reverend Hoverstock, etc) were already at the house and listening as Patsy made the 911 call.  This supports my contention that there were other people besides the Ramseys at their home on the morning of 12-26-1996 involved in staging a false crime scene there and helping Patsy (who was very upset about her daughter\’s death) to tell the story they all wanted told.

And now we come to the disinformation part of this little story that I talked about in the first paragraph.  The disinformation is that Burke\’s voice was heard during those last six seconds and he asked \”What did you find?\”  And Patsy responded \”We are not speaking to you.\”.  This is 100% disinformation to deceive the public and to make it appear as if Burke killed his sister.  It is completely untrue.  And yet so many BDI proponents throw this disinformation around among themselves as if it is their highest truth.  They are useful idiots helping the deceivers deceive.