This Blog post is about the Beatles in general and about John Lennon specifically.  In a previous post I said that the Beatles were not what they appeared to be but were an Establishment or Illuminati created group.  In that post I noted that completely different people were playing the role of Paul McCartney at various points but especially in 1967.  In this post I turn my attention to John Lennon.  I am a big fan of John Lennon in his 1964 to early 66 life but sometime in 1966 he changed.  He definitely changed in 1967 but he changed earlier, in 1966.  I have tried to understand how he could change so radically in appearance in such a short period of time. I do not know it but I suspect that multiple people have played the role of John Lennon in the Beatles just as multiple people have played the role of Paul McCartney in the Beatles.  Here are some of the pictures that really got my attention and you can see the radical change of physical appearance in John Lennon in a very short period of time during 1966.

Here are pictures of John Lennon taken during the Butcher Album photography session on May 25, 1966 by Australian Photographer Bob Whitaker. 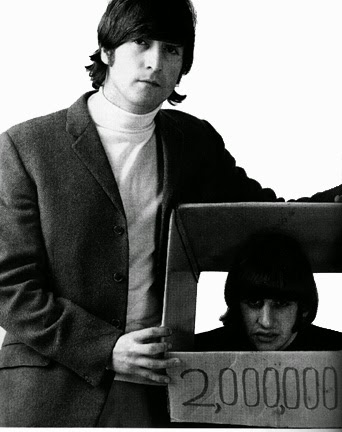 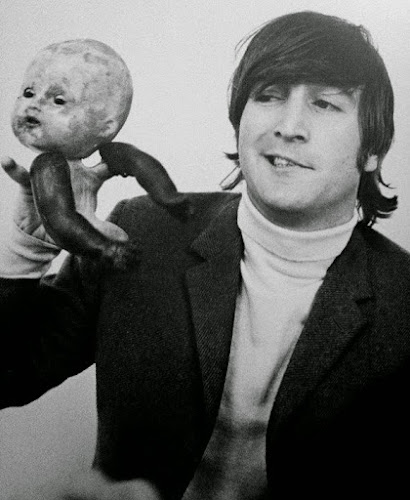 In this next two photographs are pictures of John Lennon on 8th July 1966: One is outside the plane after the Manila tour and the other is a press conference at London Airport: 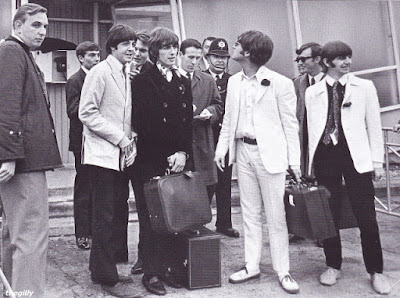 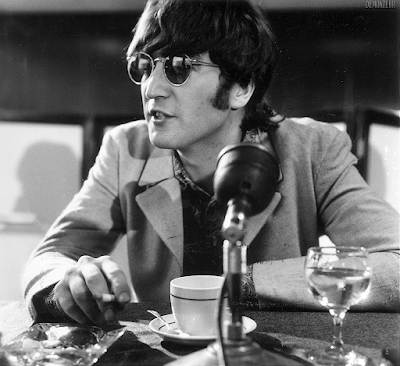 There is a little over a month\’s difference in time between these photographs and yet the men pictured in the photographs look completely different.  The John Lennon from the Butcher photo album session is big and stocky.  He has a big face. He has broad shoulders. This is the John Lennon that I knew and admired.

The John Lennon after the Manila disaster looks completely different.  He is a much smaller man  He is almost scrawny compared to the earlier John Lennon.  His face is small. He has narrow shoulders. His facial features are completely different than the man in the above two photographs.  This is not the same person.  There is no way that someone changes appearance and loses so much weight in a little over a month.  The person in the above photograph is not the John Lennon that I knew and admired from before.  He is a different person.  I do not know this person.