The Access Graphics connection to the JBR murder mystery:

John Ramsey joined the computer revolution as manager of Southern Peripherals and Instruments in Atlanta, GA. The company didn\’t do well and his bosses were unhappy because they said Ramsey tried to expense about $5000.00 worth of repair work on his Porche and personal flying costs.

In 1983, John started a computer equipment distribution company (supposedly out of his basement in Atlanta) called Teqspec Distribution Company, Inc. Within the next year, he hooked up with local businessmen J. Thomas Woolsey and Robert A. Dinning, changing its name to MicroSouth Inc. https://ecorp.sos.ga.gov/BusinessSearch/DownloadFile?filingNo=2457321

Apparently simultaneously, John had a business called Teqspec II, Inc., which was renamed in 1985 to ElectroSouth, Inc. and also included Woolsey and Dinning on the board.

In 1993, Lockheed Corporation merged with Martin Marietta to become Lockheed Martin, one of the nation\’s largest defense contractors.

By 1996 Access Graphics revenues had reached $1 billion. It employed over 500 people and had offices in Mexico City and Amsterdam. Access Graphics had warehouses in California (Menlo Park) and in Pennsylvania.  They had at least 25 distribution centers around the USA.

John Ramsey stated that as CEO of Access Graphics he traveled to the following foreign countries:  Holland, France, England (UK).

It is my contention that Access Graphics was involved in the distribution of Child Pornography. The trail is not easy to follow as the perps have made it very difficult for anyone to see by hiding behind a maze of front or shell companies.  Please bear with me as I make my case step by step.  I will try to go slowly for myself and everyone else so the links are easy to see.

Access Graphics merged with and is now owned by Innotrac: https://www.linkedin.com/company/innotrac

Innotrac is owned by Martin Blank and Larry Dorfman. 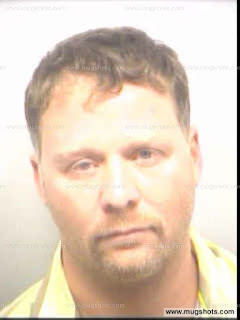 Focus Entertainment International, Inc. is an Entertainment/movie producing company based in Atlanta Georgia. 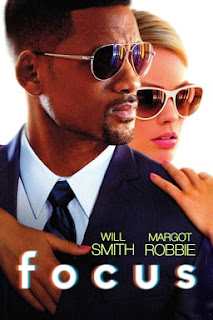 The Registered Agent of ARHI is Tim Betts. Follow the Links: https://www.bizapedia.com/people/tim-betts.html

Father Flanigan\’s Boy\’s Home (Omaha, Nebraska). https://www.bizapedia.com/ak/father-flanagans-boys-home.html  The company\’s principal address is 14100 Crawford Street, Boys Town, NE 68010 and its mailing address is 14100 Crawford Street, Boys Town, NE 68010. Note that it is registered in Alaska to hide it.  The Registered Agent of Father Flanigan\’s Boy\’s Home is Corporation Service Company, another Alaska shell company.  It exists only to hide the true ownership of this Nebraska Boy\’s home which has NOTHING TO DO WITH ALASKA.

One of the Directors of both Father Flanigan\’s Boy\’s home and Corporation Service Company is Kevin Mohan. Follow the Links: https://www.bizapedia.com/people/kevin-mohan.html

Kevin Mohan was a Manager of American Restaurants, LLC, the company that merged with Focus Entertainment to become ARHI. Are you following the tie in so far between ARHI and Father Flanigan\’s Boy\’s Home in Omaha Nebraska?

Note in this link https://www.bizapedia.com/people/kevin-mohan.html that Kevin Mohan is listed as being an officer of different Father Flanigan\’s Boy\’s Home shell companies in Alaska, Arizona, Florida, Kentucky, Louisiana, Nevada, and Washington.  For what legitimate purpose could Father Flanigan\’s Boy\’s Home in Omaha Nebraska have all these shell companies in other states?  Could it be tied to interstate Child Prostitution which is the exact same thing that Boy\’s Town in Omaha Nebraska was involved in in the Franklin Credit Union Scandal?