A word about Fiona Barnett from Australia: 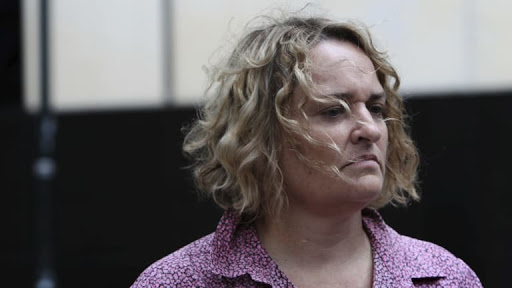 I have gone back and forth on where I stand about the claims made by Australian Fiona Barnett.  At first I 100% believed all of her claims to be true.  Later I began to suspect that there was something not right about some elements of the story she was telling.  Ever vigilant not to be deceived, I suspected that Fiona Barnett was trying to deceive me about some things she was saying.  Later I reached the conclusion that Fiona Barnett was some kind of Zionist Psyop who was pointing blame for all the evils in the world to Dagon worshiping Satanists and away from the true perpetrators, Jews.  I still suspect her of being a Psyop but now that I am examining Satanism in some detail in other posts I think about some things Fiona Barnett said and they connect with other Satanist research I am doing.  So I remain on the fence about Fiona Barnett\’s claims.  She may be telling the truth 100% or she may be lying about some things or many things.  Time will tell if Fiona Barnett is honest or not because my other Satanist research will either confirm what she said or it will expose it as a lie.
EDIT TO ADD:  In the past, I thought there was a close association between a man who I see as being a Zionist Psyop (Isaac Kappy) and Fiona Barnett.  I noted that Isaac Kappy traveled to Australia and visited with Fiona Barnett and stayed at her house.  To me this brought down the credibility of Fiona Barnett to be associating with a LYING JEW like Isaac Kappy.  But then I came across this video of Isaac Kappy totally trashing Fiona Barnett and calling her a \”fucking liar\”.   Here is the video:
https://www.youtube.com/watch?v=hiNvsrlGzuE
I had thought the two of them were friends but now I know that is not true.  \”Isaac Kappy\” (not his real name) is a Zionist Psyop who is NOT DEAD.  He was a Trojan horse who pretended to be a friend of those outing pedophiles but in reality his goal was to discredit the entire movement with lies and disinformation such as naming non pedophiles and pedophiles and attacking people such as Fiona Barnett after pretending to befriend them.  Isaac Kappy\’s (or whatever his real name is) attack on Fiona Barnett immediately boosts her credibility in my eyes.  Anything the complete scumbag Isaac Kappy is against is something that I am for.
EDIT TO ADD:
Since I created this post I have reached the conclusion that Fiona Barnett is a disinformation agent.  Please see the following post for my latest assessment of \”Fiona Barnett\”. Her real name is very likely NOT Fiona Barnett so I put her name in quotes:
https://strangerinajewishworld.blogspot.com/2021/07/a-closer-look-at-fiona-barnett.html
More to come.