A word about the assassination of Robert Kennedy (RFK):

Jews were behind the brutal assassination of Robert Kennedy in 1967 just as Jews were behind the murder of his brother, John F. Kennedy in 1963.
In the case of Robert F. Kennedy just as in the case of John F. Kennedy the CIA (Central Intelligence agency) was very heavily involved.  Advanced mind control programming techniques (Monarch Delta programming) developed by the CIA may have been used to program the assassin (Sirhan Sirhan) to kill RFK.  Even though the CIA facilitated both assassinations, it was at the service of the Jews that they did it.  The CIA is a tool for the Jews.  It was in 1963.  It was in 1968.  It is now. 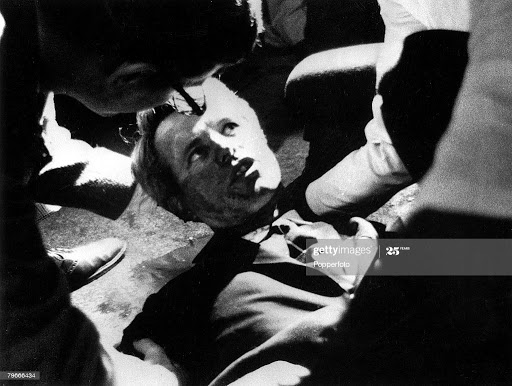