A Deeper look into the Apollo moon Landings Hoax:

In a previous post I discussed a video by Bart Sibrel containing smoking gun evidence of deception in the case of the Apollo moon landings.  I was not surprised by what I saw in that video, only deeply saddened that the United States of America that I once thought of as a great nation would stoop so low as to stage a cheap shameless hoax like this.
In this post I want to go beyond the mere fact that the Apollo moon landings were faked to talk about what this says about the Real World in which I have been trying to see clearly and describe in this Blog.
Go to 32:02 in that video and watch it from that point and you see 100% proof of deception.  But the deception is very revealing about the basic dishonesty of the world.  Let us think about this.  Suppose the world is honest and the CIA and NASA and the U.S. Government had faked this as seen in that video.  How could they know that their deception would not be exposed at any point in the future?  Just think about that.  The entire U.S. Government got behind (and is still behind to this very day) a Hoax or staged LIE that is entirely unreal.  The credibility and the integrity of not just NASA but the entire U.S. Government became tied to that Hoax when they did that.  How could they be sure that the Hoax would not be exposed at some point in the future and the reputation of both NASA and the U.S. Government would not be flushed down the toilet by the exposure?  Why would they be willing to take such a huge risk if they knew that doing so could completely destroy them?  Just think about that and realize that the only way that they would have done this is if they were entirely confident that it would not ever be exposed to the general public and this reveals a very big secret about the Real World.
What the Apollo moon landing hoax really proves is that the world is dishonest and controlled.  It was dishonest and controlled in 1969 and they were so sure that it would continue to be dishonest and controlled in the future that they had no fear of it being exposed.  This exposes a great secret about the Real World and the control Jews have over it.  Even as early as 1969 and earlier, Jews had such control of the Real World that they could stage a deception of this magnitude without fear of future exposure.
This also reveals a big secret about who controlled the U.S. Government in 1969, which is Jews.  Jews controlled the U.S. Government and many other governments.  Jews control the world media of all types (Television, radio, print and now Internet) so they have almost total information control over what regular people believe to be true. Jews also control Russia so Russia will never expose the Apollo moon landings as a lie. This is the reason they could stage this hoax in 1969-1973 with confidence that it would never be majorly exposed because they control all the major governments and the news outlets and everything else.  In other words, Jews say what is True.  And Jews say the Apollo moon landings are a historical fact.  Even though the moon landings have been exposed as fraud, Jews using their control of the media just keep repeating the lies 24-7.  Jews also pay an army of shills to go out and keep the lie alive as much as possible on the internet.  Jews create their own \”truth\”, which is actually a Lie but Jews do not care.  This is how they maintain their control over the world.  24-7 lies and a total Denial of the actual truth helps them maintain that control.
Henry Kissinger, a member of the Jewish elite admits this in the following quote: 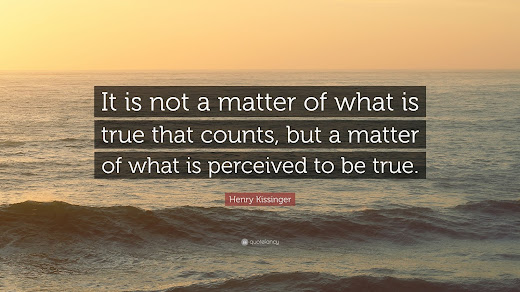 What Henry Kissinger does not say is that Jews are very actively involved in forming the perceptions of what people believe to be true using Jewish control of governments and media and basically all of the major institutions which Jews have infiltrated and control.  This allows Jews to transform complete lies into truth and actual truth into Conspiracy theory.
Once you see through this scheme, you begin to realize what a total lie the False World is and you begin to ignore that and try to learn more about the Real World.  This is where I am at.  I hope others will join me in this journey to understand the true nature of the Real World that is controlled by Jews.  That is the purpose of this Blog.
The Truth is not what they want you to believe.  The truth is what they do not want you to believe or even suspect.  Only the truly red-pilled will understand this. 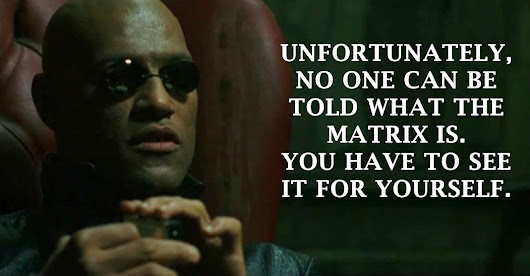