False World Explanation:  QAnon is a U.S. Government insider who is on the side of good.  QAnon is a truth teller who tells deep secrets about the world to his loyal followers.  A lot of what Q says is centered around that great American Super Patriot and undercover Pedophile crime fighter, Donald J. Trump.  The good guys in QAnon\’s world are Donald J. Trump, the Republican Party, America, the U.S. Military.  The bad guys in QAnon\’s world are all Democrats (but especially Hillary Clinton, Barak Obama and Joe Biden) and the Deep state.  QAnon advises all of its followers to Trust the Plan.  Although it never says what the Plan is, we can be sure that the good guys are going to win and the bad guys are going to lose because we trust Q and we know he would never lie to us.

Real World Explanation:  QAnon is a Zionist Psyop centered around Donald J. Trump and the Republican Party and the U.S. Government.  It came out of nowhere in 2016 leading up to the 2016 election and I expect it will exist as long as Donald J. Trump is President.  QAnon is not a single person as it falsely portrays itself to be but there are multiple people posting as Q, as would be expected in a Psyop.  This Psyop is very possibly tied to U.S. military intelligence.  Many of the so-called QAnon followers are Shills who are part of the Psyop to give it credibility among the terminally clueless who actually believe all the Bullshit coming out of \”Q\”\’s mouth. 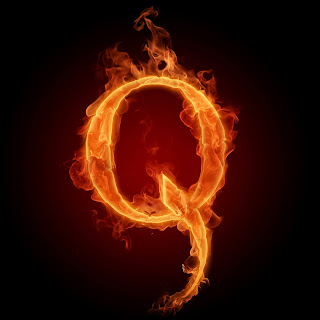 Its difficult for me to differentiate between Shills who are part of the Psyop and real people who actually believe all this QAnon Trash. I have a very derogatory word for QAnon followers who are not shills and that is QTARD, because you would have to be seriously retarded to believe all the lies coming out of QAnon\’s mouth.