A word about Psyops:

Psyops (Psychological operations) are \”events\” shown on the News media as genuine news when in reality they are deceptions.  The general purpose of any Psyop is to manipulate the citizenry, frequently using the citizenry\’s emotions in order to control them and also to accomplish one of more agendas.  Note that the News Media (MSM) is of Central Importance in any Psyop.  It is the job of the News Media to convince the citizenry that the Psyop is a real news event that happened in real life.  The easiest way for them to do this is to keep repeating the lie 24-7 on all the news channels people watch. In America this includes every single news channel on television, including Fox News. 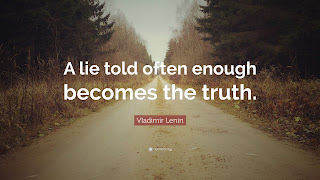 Following are some notable examples of Psyops:

The Sandy Hook School Shooting of 2012.

The George Floyd Murder and the spontaneous Black Lives Matter Movement of 2020.

There are many other examples of Psyops, too many to get into in this post, but what I wanted to do here is to introduce the concept of Psyops and the important part they play in the Two Worlds Paradigm.  And the following paragraph is the most important thing to remember about any Psyop:

Every Psyop, although it is portrayed as a real event on the news media, is a fake event that is intended to manipulate and control the population, primarily through emotion.  Using the Emotions or core beliefs (for example, Patriotism or Christianity) of the people to manipulate and control them is the central mechanism of the Psyop.  Whenever you feel yourself being sucked in emotionally by something you see on the televised \”news\”, it means that the Psyop is having its intended affect on you.

I will have more to say about Psyops in the future.  This is mainly an introduction to the concept for those who are completely unfamiliar with it.